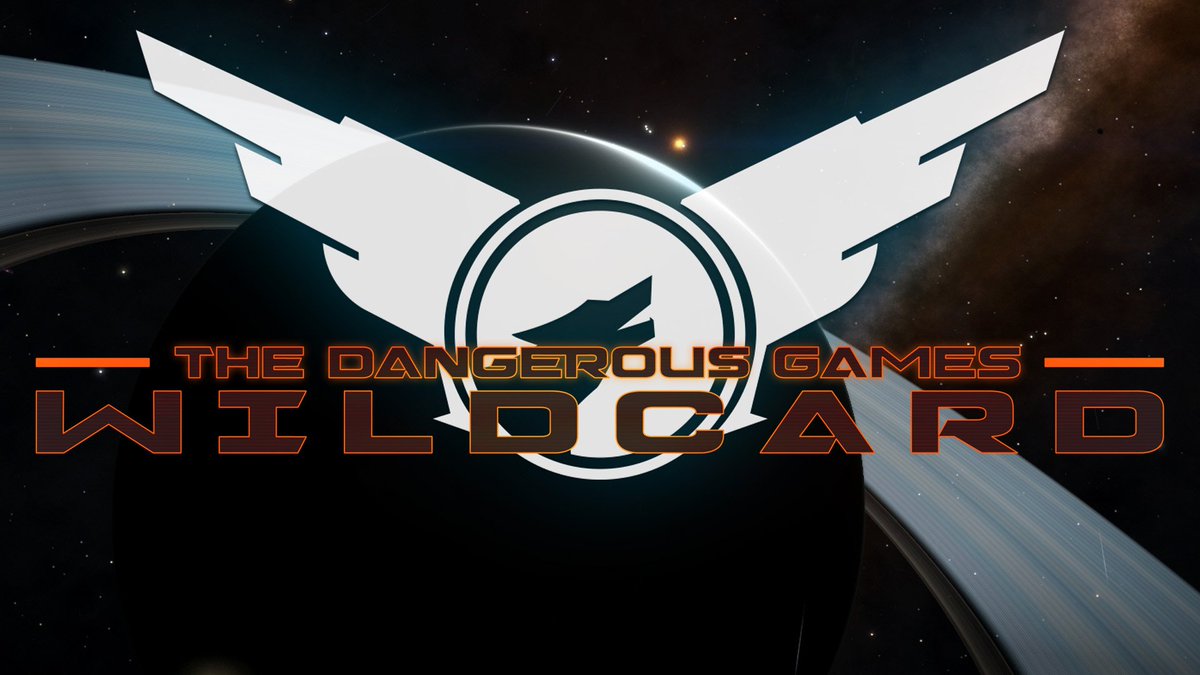 - Where does your group come from originally?

- What is your group all about? What are your fundamental goals?

As our creation would suggest we are a heavily community-driven group, we have Commanders from all around the world and we keep in touch in and out of game shareing experiences and memories via social media... If you need a wingman for anything from Trade to combat? There is a Wolf out there who will help out!

Our goals? Well we would love to have the Wolves of Jonai become more tightly woven into the lore of the Elite Dangerous universe and would be extatic to have our faction become the first player power in the game, I myself would love to see my face in the game as it’s something I have dreamed of for a long time... And before anyone says it: The passing resemblence to Tod ‘The Blaster’ McQuinn has to me totally doesn’t count!

- Do you have a narrative around your group?

The Wolves began life as a Mercenary unit operating all over habitable space, never setting down roots as there were always wars being fought in one part of space or another... This changed once the role of leadership fell to a man disilusioned with always fighting other people's wars and only having a higher body count to show for it... This man quickly removed the fledgling faction back from the wars of others and together they found themselves a new home to call their own, this system was Jonai, the band of wondering Wolves finally had a place to lay root and thus with contracts being made with the local traders they finally had their own means of funding, slowly this small band of pilots came to be known and respected for their combat knowlege and ferocity, taking on the name 'the Wolves of Jonai'!

- Why should you make it to the final of the Dangerous Games? Why should people help you in the games?

The Wolves of Jonai are a heavily community driven group with many commanders from all around the world who love the game and helping out fellow commanders regardless of their skill level, we may have our roots in the comments field of YouTube videos but we have grown into so much more than that. As a faction we strive to make any lore and stories of the pack fit as seemlessly with the in-game lore as we can, I myself have dabbled from time to time in role play in other games I have played and always seek to have any character feel like they were truely born in the world in which they live.

- What would it mean to you and your group if you did make it in to the final of the Dangerous Games?

Both the Pack and myself would be extatic to reach the final round and it would be humbling to know that so many commanders had supported us in our rise to power. The group are very passionate about this event and those who have never dirtied their hands mining until now have rished to outfit their prized combat or trade ships as miners and joined in the gold rush! I would like to thank every single commander who has supported us in this event regardless of the amount of gold collected, be it a single tonne or 1000!

- If you were to become a power, what sort of power would you be?

We are in indipendant power as we have seen the worst of all other superpowers and want no part of this, we stand apart in the galaxy with a very simple ethos: “You think you face but a single wolf? You poor fool... think again!”

To reflect this ethos the wolves have spoken about this at length and would like to have a power benefit that increases wing monetary gains regardless of the task, be it trade, combat, mining or smuggling, perhaps not as big a bonus as other powers but one that spans every playstyle of the game to help support the pack as a whole and not just those who favor one style of play.

Whomever ends up taking the crown as the first player power would more than likely want an improved Frame Shift Drive as their power's module and the wolves are no different, but we have other desires if this proves to be undoable, so here are a list of other modules/weapons we have come up with:

The Mauler: Large Multicannon with Higher rate of fire and Ammo capacity and shorter range,

The Howler: Lightweight shields that redirects the energy directed against them to grow stronger

- Who would you support if you were going to support someone else in the games?

As it stands I personally would support the United German Commanders as I know their reprisentative and he is a great guy who is also interested in making his faction’s lore fit as seemlessly into the game as he can. As to the rest of the pack? I place no demands upon them and they are free to back whomever they will, I may be a dictator but i’m not unreasonable.

- If there’s anything else you want to tell the community about, now’s the time to do it… Anything?

I would like to appeal to any neutral commander to come and support the Wolves of Jonai as were are one of, if not THE, most lore-friendly group in the Rise to Power event, we are also a global community that loves the game and playing as a pack, we will have more than enough pilots out there to help out any new recruits we pull in. As to in-game? We are an avidly independant faction who welcome commanders from all walks of life regardless of their past, the pack is the start of a new life in the galaxy, the Wolves are family amd the Wolves are Mighty!

Thank you for taking the time to read this and I hope to see you in the black one day... Until then commanders, keep flying and stay shiny!