Greetings Commanders, it's the 19th of Jan, 3302. Barnacles, explosions, and shiny objects appear to be all the craze! 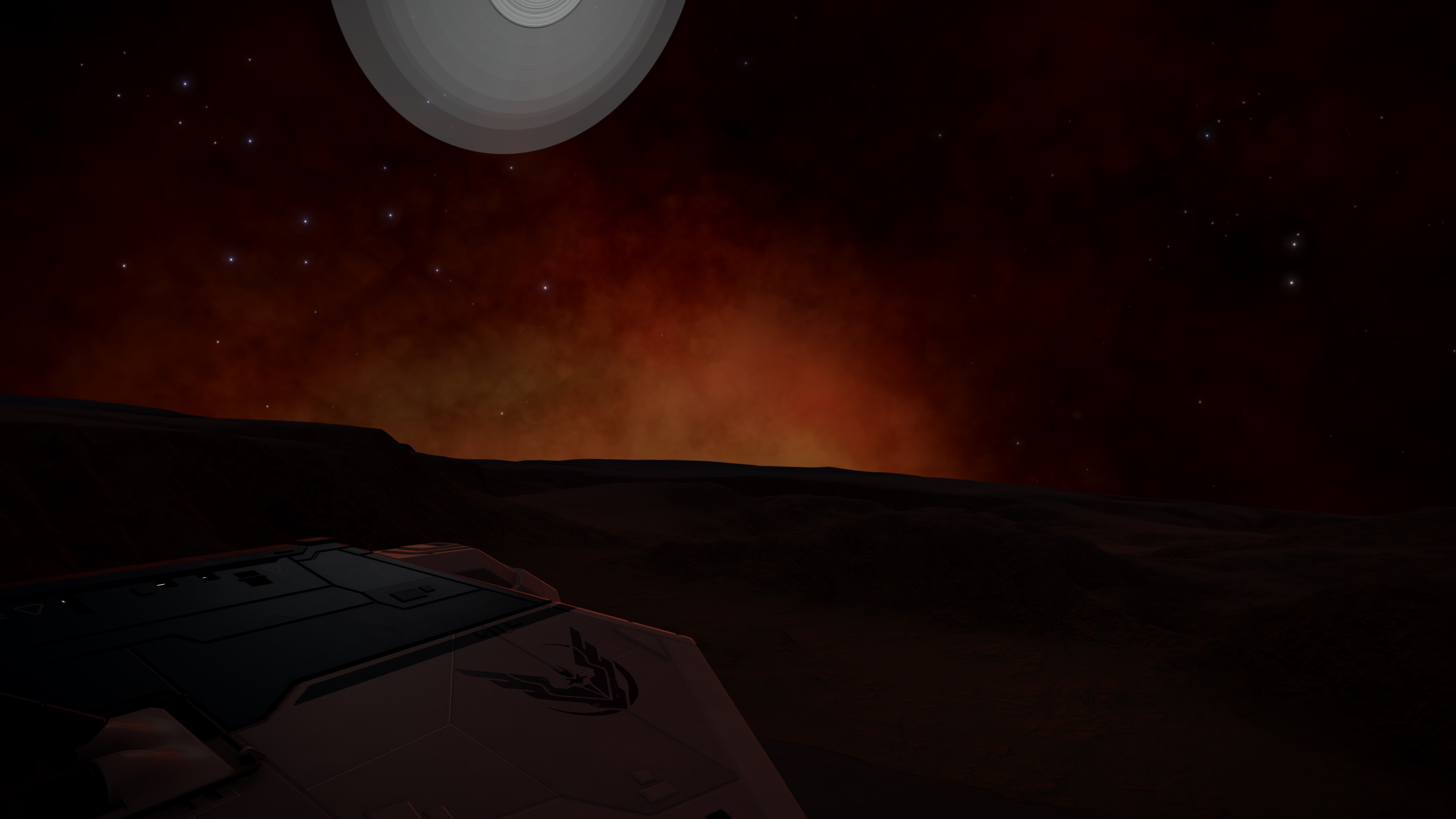 CMDR Eayrn from the EIC group sent us this stunning image.

CMDR KI7KO on the /r/EliteDangerous subreddit posted a 48 missile salvo... it sure is oddly satisfying to watch.

Not to be outdone by CMDR KI7KO's 48 salvo, CMDR Rathour posted a 69 missile salvo!

CMDR Hyperious had some interesting ship shenanigans with his recall command, and tried to make his way down a mountainside safe and sound in his SRV.