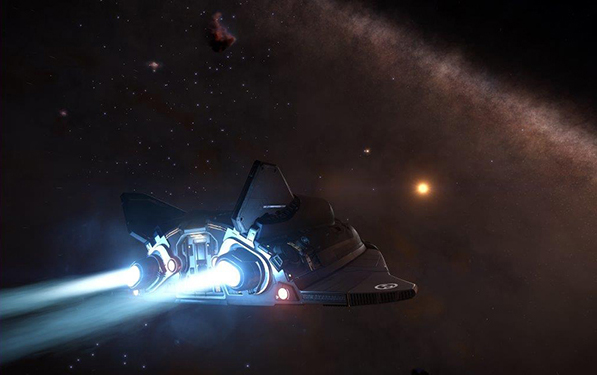 Last week you were challenged to smuggle Battle Weapons, haul Ceremonial Heike Tea and search desperately for ships carrying Toxic Waste. Many commanders took up the challenge and all three goals were completed, albeit to different levels of success.

Of course, there was a bit of a twist in the tale. Galent alerted eagle-eyed Commanders that the faction offering these goals were in fact Emperor’s Dawn, the group suspected of killing the Emperor, many of whom then decided not to assist a potential terrorist group.

Emperor’s Dawn have disappeared back into the shadows, but some elements of the Empire have this week organised an exploration drive in order to hunt them down.

The following information should help you locate the goal:

Each tier completed will provide the Empire’s bureaucrats with enough data to locate an Emperor’s Dawn cell in a system.

Finally, a reminder that after the successful efforts of over 1,500 commanders there is still an ongoing 30% discount on all Technology commodities in the Apalar system to be had.