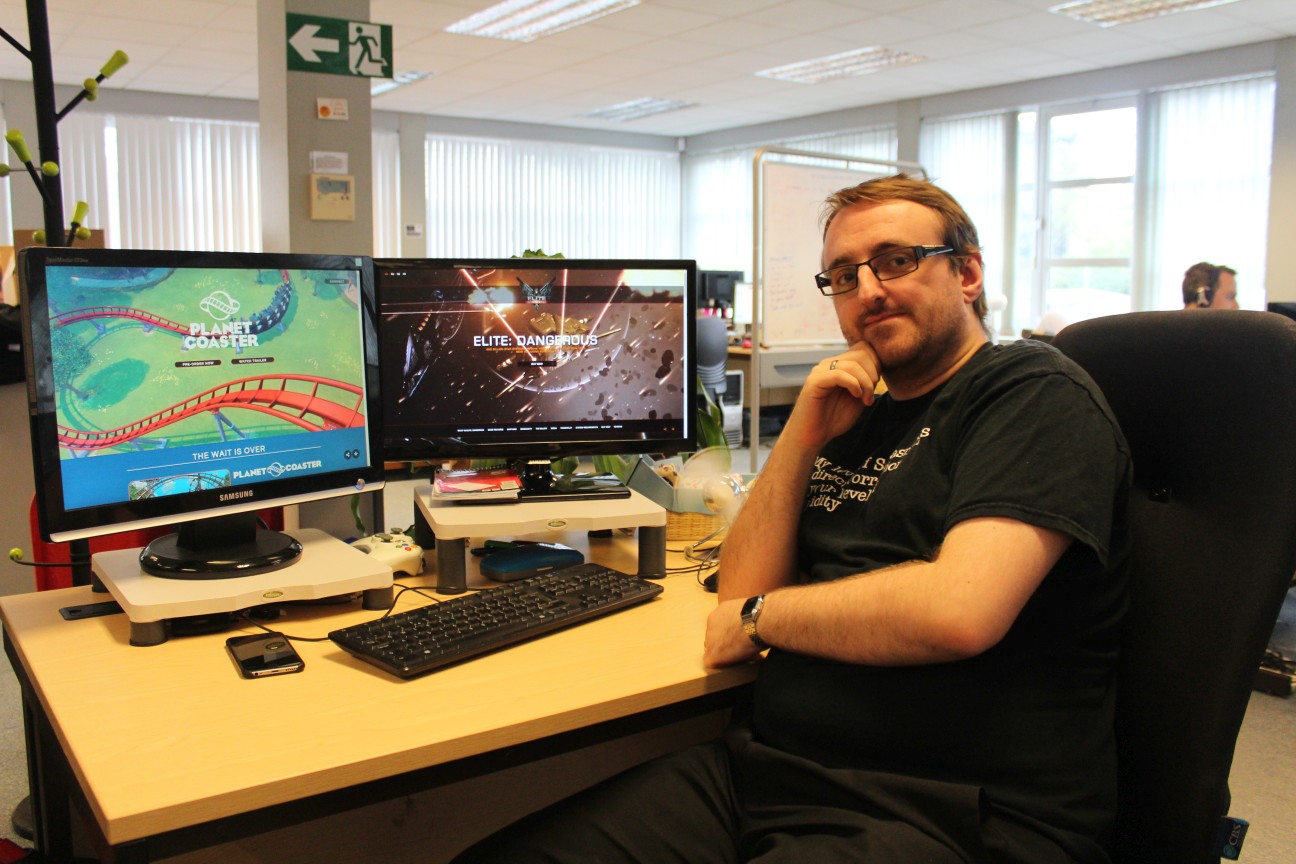 What does an average day at work look like for you?
Due to the unique way that web development works, there is no such thing as an average day. However, in a perfect world it would start with catching up on emails, checking our bug and task tickets and delegating as appropriate. Sometimes this may end up happening in a completely different order – it really depends on whether I come in to one of the team’s early birds telling me that we have some kind of digital fire going on.

Throughout the day I’m constantly monitoring the progress of work within the team, ensuring everyone has what they need to get on, and participating in many meetings to ensure projects are progressing as they should be. Because of the large number of projects in my team – 20 in progress at current count – it’s a very rare occasion when I get to sit down and write code. When not project managing I’m usually found hanging out in server land checking on our various server environments, or reviewing code commits and coordinating deployments to ensure website updates go through our QA team before being touched by the public!

What aspect of the game have you worked on that you are most proud of?
GalNet News. It turns out that even in the year 3301 people need to read the gossip! Being able to provide a place for commanders to keep up with the Joneses from the comfort of their own ship was one thing; seeing the player response to new updates to GalNet functionality gave me an awesome sense of achievement.

What's your favorite thing about Elite Dangerous?
As a child I was a stargazer – my best spot was Jupiter and four of its moons through the telescope I had. So 15 or so years later, having the ability to fly out there – albeit on a computer, is quite incredible. For me as an aviation geek – someone who spent younger years flying planes in simulators and the determination to get a pilots’ license at some point in my life – flying in space is pretty damned awesome. The other aspect is hearing how my four-year-old son is going around his nursery telling his friends his dad flies a space ship. You can only imagine how that conversation went.

What was the biggest challenge you came up against during game development?
Crime. It turns out that being the ‘law maker’ – or ‘crime overlord’ as a couple of colleagues dubbed me for a while – in a full scale galaxy is actually quite a task. Who knew that when I took on the challenge of bringing crime sentencing to the servers, I would discover that the rules that might get you cut up by a starport laser can be completely different in two areas right next to each other in the same star system.

What have you learned from working on Elite Dangerous?
Space is big. Building optimized code to support the game functionality at unpredictable scale, while dealing with the unique challenges provided from data distribution and caching is not the kind of thing I thought I would ever have the opportunity to get involved in. Previously from a web development background, it’s a whole new world when one millisecond can make a huge difference. Arguably more important is that pizza really does fuel the programmer. Did I say space is big?

Federation, Empire, or Alliance? And why?
I grew up watching Star Trek, so naturally I headed for Federation. With over 13 months under my belt in the game, I’ve never felt tempted to stray.

Tell the community a fun fact about yourself
I can’t live without music. Aside from my wife, four children, two cats, work and pizza, it’s the most important thing in my life. In 2000 I was involved in a successful percussion-related Guinness World Record attempt, only for some Chinese musicians to steal the title a few years later. In February 2003 I was at the filming set for the music video for UK pop band Busted’s single ‘You Said No’ in Birmingham – if you know where to look you can see my arm in the crowd shots! That led to me auditioning to become their tour drummer. Sadly I didn’t get through. 12 years on I have a home recording studio kitted out with drums, keyboard, microphone and three guitars. One day I might produce a chart topper. One day...

If you could ask the community one question, what would it be?
Up came my development copy of Elite Dangerous to test a feature; I decided I was going to be clever. Having done so many times before I launched my ship from within a starport, pointed towards the letterbox, ran full throttle and hit the boost button. Before I know it I’ve missed the exit by what felt like millimeters, smashed against the inside wall and decorated it in a spray of mangled metal and tea from my cargo hold.
So that’s my most embarrassing smash up. What’s yours? Bonus points for having a video of the event!