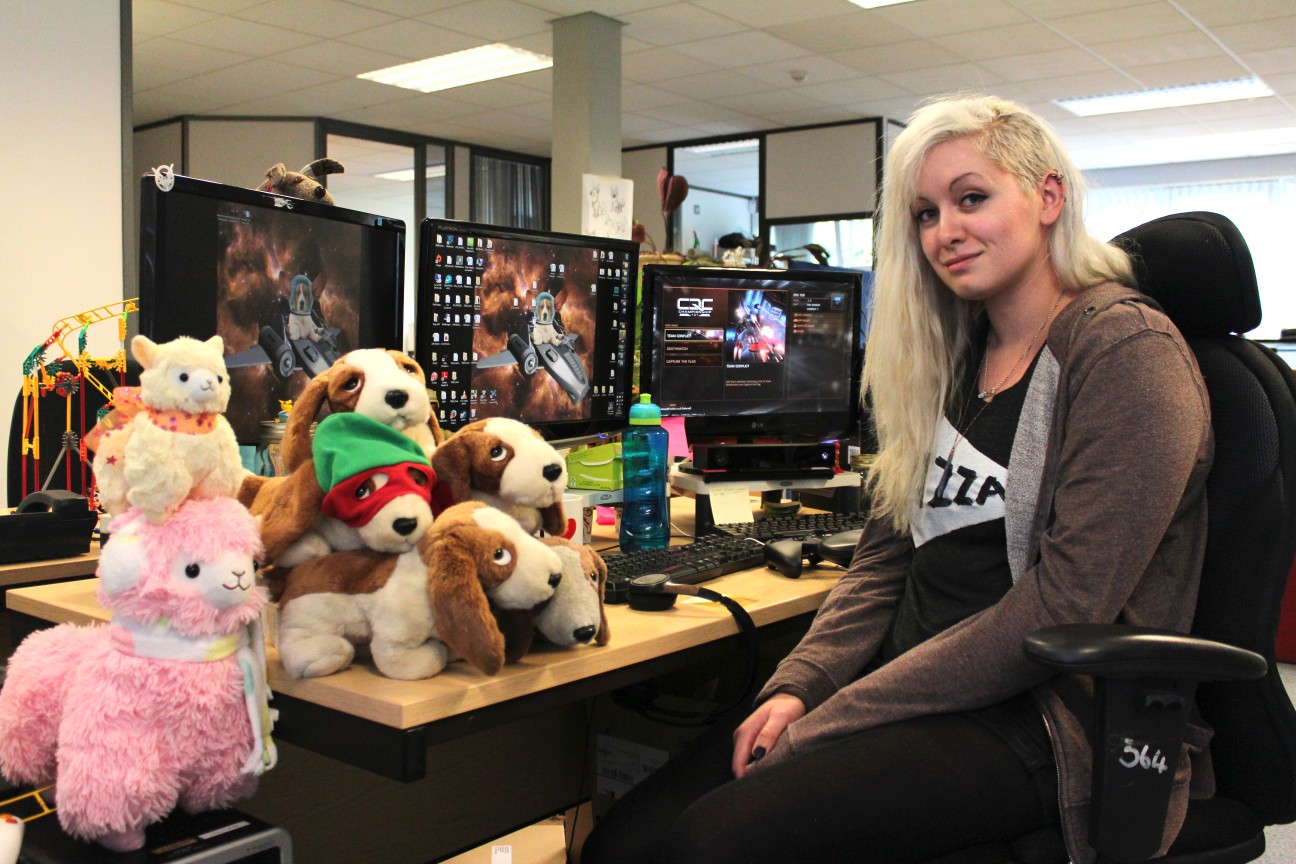 What does an average day at work look like for you?
Days in QA (Quality Assurance) largely depend on milestones we're working towards. Generally, we'll focus on the stability and balance of new features while keeping an eye on the overall game. The Elite universe is pretty big, we all write various test cases which ensure we don't overlook anything important and get a broad spread of testing done.

Currently I'm part of a smaller team who concentrate on shaping the Xbox version of Elite to pass Microsoft's certification process. Despite this involving a lot of documentation and a few repetitive check lists, we still find time to join the fray in CQC.

A big part of QA is also reading and reproducing the issues you've sent to us through the forums and sometimes from our customer support site. I'd like to say a big thank you for this, you're making the galaxy a better and bug free place.

What aspect of the game have you worked on that you are most proud of?
QA isn't just about reporting problems; we also help improve the way the game plays. The rest of the team always welcomes our feedback, and I'm particularly proud of some of my suggestions which were implemented into CQC and the rest of the game. Even little ideas about UI flow or the way text is worded can have a big impact on the end product.

What's your favourite thing about Elite Dangerous?
It depends. I feel pretty sneaky and smug when I'm stealing enemy flags in CQC but I also love to sit my trusty Asp in a resource extraction site and mine away at asteroids until my cargo hold is full. There's something satisfying about both of these, even though they're completely different.

What was the biggest challenge you came up against during game development?
Resisting the constant supply of cakes, biscuits, and sweets which pass through the office. I'm not joking, my desk is so close to the kitchen where they end up. It's tough...

What have you learned from working on Elite Dangerous?
Our department in particular has grown immensely, and while it's great having all the extra hands on board, bringing everyone up to speed has been tough and a real learning experience. I've spent a lot of time training and teaching, and I'm really proud of what we've all managed to achieve.

I've never worked on a project like Elite Dangerous before; overall it's been great fun and I'm looking forward to learning even more.

After reading the other 'Meet the Team' articles, I've also learned that our design team seem to think they're the better CQC'ers! We'll see about that.

Federation, Empire, or Alliance? And why?
Haha, Empire! They may look pretty horrible from a first glance but they're not all bad; just look at the Imperial powers. Aisling wants to rid the Empire of narcotics, Denton believes that honesty and honor are above everything else and Zemina wants to stop the bad treatment of slaves. Alright, I admit they aren't perfect but let's focus on the good things!

Tell the community a fun fact about yourself.
I collect stuffed beanie baby Basset Hound friends. I have 55! They're all named Tracker but with a special prefix, 'Scraggles Tracker', 'Dragonfly Tracker', 'Teenage Mutant Ninja Tracker' and of course, 'Tracker Tracker'. Trackers love to come into work and help us sniff out those pesky bugs and cheer us up when we're feeling... Ruff.

If you could ask the community one question, what would it be?
We've had a lot of fun testing the game and ensuring it's the best it can be. Everybody in QA has a funny story to tell, mine would be about the time two Federation capital ships got a bit too close and ended up inside each other! What are your funniest or most memorable Elite moments? Answer Laura's question by clicking here.